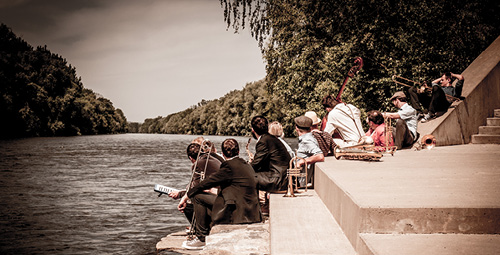 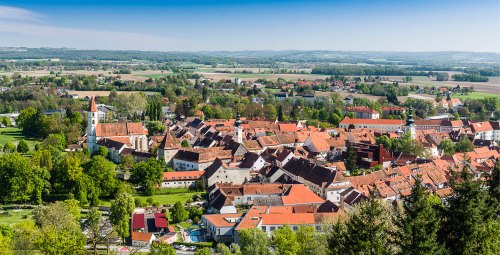 Now located directly on the Austrian border with Slovenia, Bad Radkersburg was intended originally as a military barrier against Hungary. To meet the threat posed by the Ottoman Turks who had occupied Hungary, northern Italian master builders were hired to construct the town's fortifications in the 16th century, and they remain almost completely intact to this day. During the two world wars, the town was the scene of bitter fighting. The favorable location on the Mur and other important trade routes also made Bad Radkersburg an important trading center. Wine, honey, Hungarian cattle, iron, salt and other goods were bought and sold here.
The historic center of Bad Radkersburg 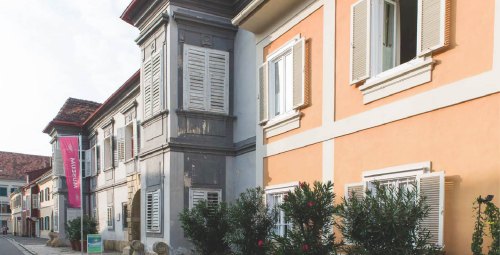 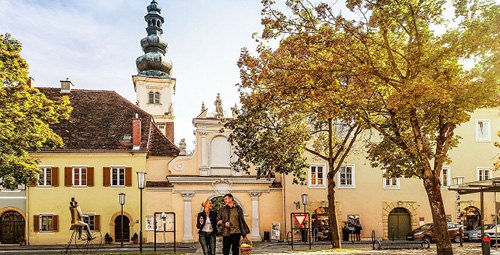 The two- and three-storey houses that surround the main square were once owned by wealthy merchants and nobles. The influence of the Italian builders can still be seen at numerous points in the city - for example in the magnificent arcaded courtyard of Herberstorff Palace. In 1978, Bad Radkersburg was the only city in Austria to be awarded the "European Gold Medal for Historic Preservation": From the Renaissance to Art Nouveau, all architectural styles are represented here. Through the discovery and development of a thermal spring in 1978, Bad Radkersburg also has become a popular spa and tourist resort.
Museum in the Old Armory 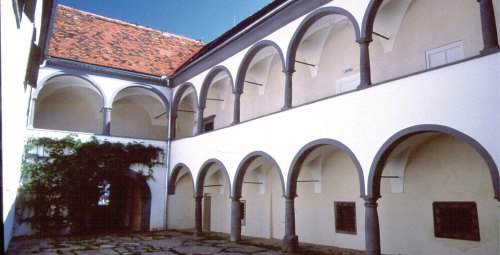 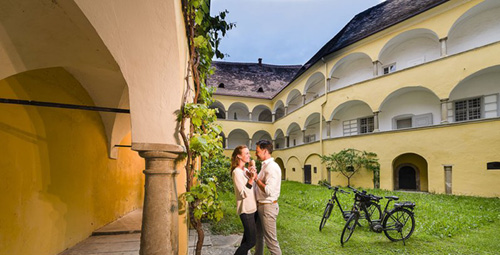 The redesigned "Museum in the Old Armory" is located in a former arsenal, which was erected  in 1588 by the Styrian government. The courtyard with its two-storey arcades is one of the most impressive in the whole city and again shows the influence of several Italian builders.
Contact & Info
Tourism Association of Thermen- & Vulkanland
Guest information Bad Radkersburg
Hauptplatz 14, 8490 Bad Radkersburg
Phone: +43 3476 2545
info@badradkersburg.at
www.badradkersburg.at


Guided tour through the Old Armory


Museum in the Old Armory