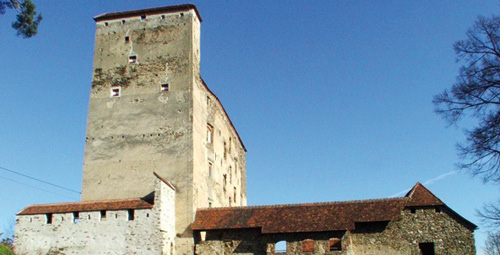 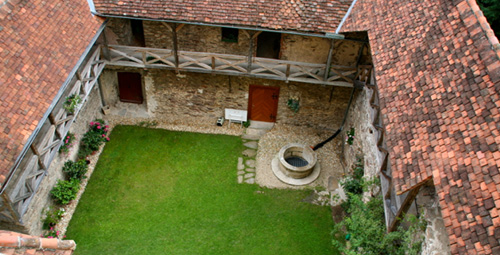 
Neuhaus Castle is located in the center of the region "Apple Land - Stubenberg Lake" - high above the Feistritz Gorge, it offers a wide view of the Stubenberg basin with its well-known bathing lake. It was built as a fief somewhere in the middle of the 14th century by the Stubenberg family. It was destroyed by fire in 1551, but was rebuilt soon after that. Due to threats from the Turks and the Kurucs, the castle was reinforced in the 17th century with its imposing defensive wall. In 1800, the castle was struck by lightning, which led again to a large fire which left it a ruin. Then it was left to decay for about 200 years.


Phoenix from the ashes


Today, after approximately thirty years of laborious restoration by the Vetter von der Lilie family, Neuhaus Castle is no longer a ruin, but again fully deserves its place on the map as a "castle".

Living with the castle lords 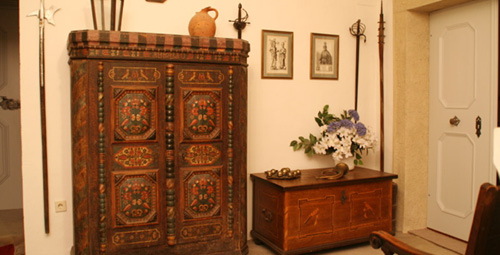 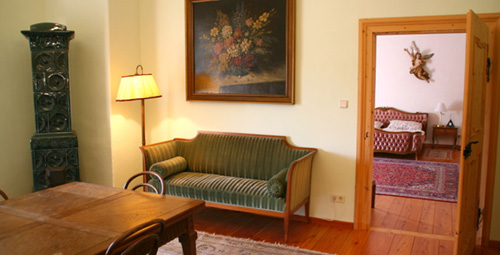 Neuhaus Castle offers its guests comfortable apartments and magnificent suites. The romantic ambience of the medieval castle combined with modern residential comfort and the absolutely quiet neighborhood promise an unforgettable holiday experience.
The "Hunger Hole Suite" for two persons located in an outbuilding and accessible from the inner courtyard on the first (ground) floor consists of a bedroom, a vaulted living room, a kitchen and a bath, with a total of approx. 75 m².


The "Stubenberg Suite" on the third floor, for 3 persons, consists of a large living / bedroom, kitchen, bathroom with shower and a wardrobe; altogether about 60 m².


The "Draxler Suite" on the third floor is for 4 persons, and consists of a large and a small bedroom, a dining room, anteroom, kitchen and bathroom; altogether about 100 m². 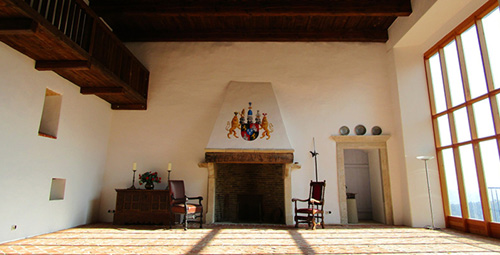 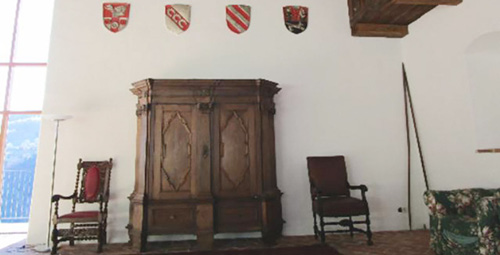 The "Knights' Hall" is located in an outbuilding of the castle and is the ideal place for events, seminars, weddings or birthday parties. It is a very atmospheric room with an open fireplace, red brick floors and a wooden gallery. A large panoramic window offers a magnificent view over Stubenberg Lake. The castle courtyard can also be applied.


The hall's size is 110 m² (9 x 12 m), the room height is 6 m. It offers room for about 50 persons, is accessible barrier-free and is equipped with internet access. It is closed in winter. Rental price on request. 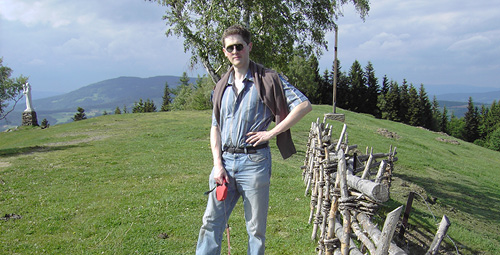 The Vetter von der Lilie family was resident in Lower Styria (now Slovenia) beginning in the 16th century and then a little later, also in Northern Moravia (Czech Republic), where they held high public and social functions. Both possessions were expropriated as a result of World War II. The family purchased the Neuhaus Castle ruin with the intent of restoring it as a new family residence, an undertaking that was completed in cooperation with the Federal Office for the Protection of Monuments.
Region 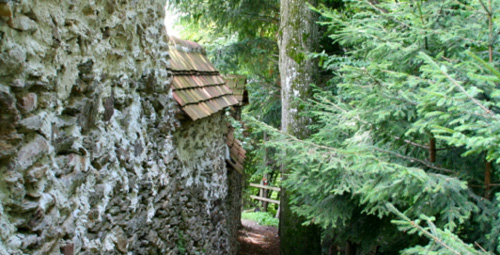 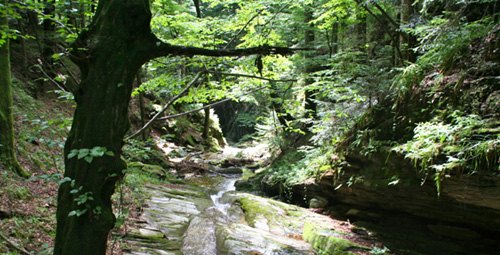 Neuhaus Castle lies in the center of the tourism region "Apple Land - Stubenberg Lake" - high above the "Feistritzklamm" with a wide view over the Stubenberg basin with its lake and the hill country into southern Burgenland, and to the west the Schökel Mountain near Graz is visible and behind it the "Koralpe".


The area is known for its gentle climate and its rich and varied touristic, cultural and culinary offers. Highlights are the warm Stubenberg Lake, the Styrian "Apple Road", the "Nostalgia Railway" through the Feistritz Valley and numerous castles and palaces. Particularly close are the Herberstein Garden Castle with its zoo and historic gardens and the baroque Schielleiten Castle, which serves as a starting point for hot air balloon trips. Carriage rides, tennis, golf, horseback riding, numerous bike paths, paragliding and hang-gliding and many other activities complement the list of leisure activities.


The numerous country inns and wine taverns invite you to get to know the excellent local cuisine. The Styrian thermal spring region with its extensive health offer is only a few kilometers away; The Styrian capital Graz (European Capital of Culture 2003) is just a 50-minute drive away.
Contact & Info
Neuhaus Castle
Dr. Karl and Ingrid Vetter von der Lilie

(I agree to the use of Google Maps)