History
Weddings
Exhibitions
Castle Park
Contact & Info
Map
Ormož Castle
Ormož Castle was first mentioned around 1278. After 1945, the castle was nationalized and in the following year, together with its garden, it was designated as a cultural monument. Since 1996, Ormož Castle has been part of the Ptuj Regional Museum . Between 2006 and 2009, the Ormož Museum was also located in Ormož. Since 2009, the Ormož Museum has been connected to the Ptuj Ormož Regional Museum, and since 2011 the Ormož Estate is also operating under the name of Ptuj Ormož.
History
Ormož Castle is situated in the south-eastern part of a Bronze Age settlement which was protected with an earthen rampart and a defensive ditch. The ditch winds along the castle complex to the east and, at the end of the palace yard, turns towards the former Hungarian gate.


The Lords of Ptuj started building the castle complex in the last third of the 13th century. It remained their property until 1438 when the family of the Lords of Ptuj died out. The first building phase most probably comprised the south wing; it housed the residence of the castellans of Ptuj, Lords of Ormož.

Later, in order to strengthen the fortification, a mighty tower was built in the northeastern corner of the huge courtyard, which was surrounded by a wall. Events at the end of the 15th century sped the development of the castle. It was namely destroyed by fire in 1487, and then it passed into the hands of the Szekely family in 1490. They had it rebuilt with the intention of living there. They also had the north and west wings built, as well as the east wing in all liklihood. In 1532 the castle was damaged by the Turks, and when in 1540 it was repaired, it became part of the town fortifications. After the attack of the Kurucs on 12th February 1704, the castle fell into disrepair. Between 1710 and 1740, it was restored in Baroque style by the Pethe family. At the beginning of the 19th century, the castle was bought by Jože Pauer, an industrialist, who had it restored in Classical style and added a wall around the south-eastern castle garden. The last owners of the castle were the Counts of Wurmbrandt, whose coat of arms can still be seen above the main castle entrance.
Weddings
Our wedding hall is exclusively available for your civil wedding.  The hall next to the chapel on the second floor is also a perfect setting for golden and diamond anniversaries.
Exhibitions 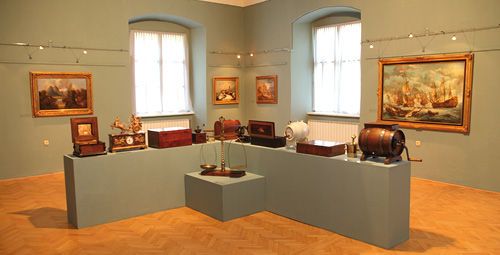 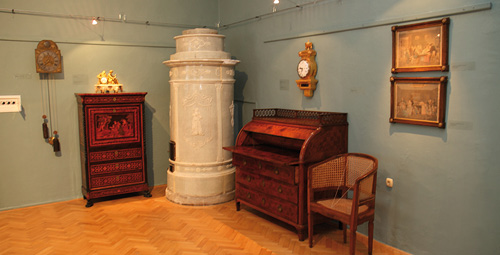 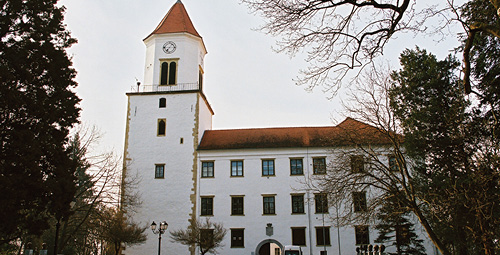 Ormož Castle is surrounded by one of the most beautiful landscape gardens in Slovenia. Some trees were already depicted in the vicinity of the castle on a Josephine military map from the period 1763-1787. By 1801, however, maps show the garden in its entirety.


Around 140 tree species thrive in the garden. Here, along the path past the tulip tree, which leads to the tomb of the last owner of the castle, the visitor will find large ash trees, poplars, huge oaks and the remains of a stately lime-tree avenue. The plantings still please eye and restore the soul, and invite visitors to take long, relaxing walks.
Contact & Info
Ormož Castle and Castle Outbuildings