Weddings
History of the current owner
Exhibitions
Contact & Info
Map
Velika Nedelja Castle
Not far from the parish church in Velika Nedelja there is a castle which was first mentioned in 1273. The basic structure must have been built around 1200 when Friedrich of Ptuj, ministerialis of Salzburg, took possession of the land around Velika Nedelja with the help of the Teutonic Knights The medieval core of the castle has been preserved in the south-western part of the present building.  Most of the present structure, however, dates to the Renaissance period. Later restorations, especially those undertaken between 1723 and 1730, did not considerably alter the outside appearance of the castle. A Baroque well with a wrought-iron crown and driving device has been preserved in the castle yard.
Famous Gothic sculptures of St. Catherine, St. Barbara and Pieta from the first quarter of the 15th century originally decorated the castle chapel. They were products of a workshop founded around 1400 at the building site of the pilgrimage church at Ptujska Gora. Nowadays, the above-mentioned statues are kept in Ptuj Castle. Another artistically significant example of the stonemason's art is mounted on the castle wall in the inner yard and shows the coat of arms of Marquard von Eckh, Commander of the Teutonic Order, presumably scupted by an Italian Renaissance artist, Philibert Pacobelli in 1612.
Weddings 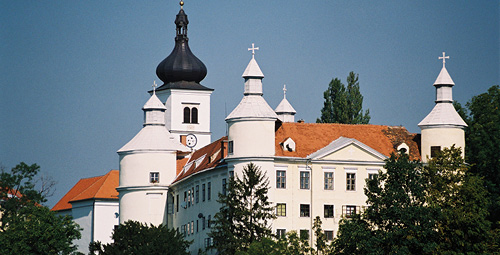 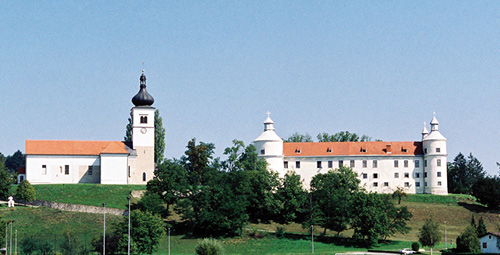 Weddings are possible in the castle's chapel or in the yard. Only by arrangement with the Teutonic Order.
History of the current owner
The knights of the Teutonic Order was the youngest of all chivalric orders which came to into existence as a natural consequence of the crusades launched to free Jerusalem and other sacred sites in Palestine from Muslim rule. The order combined knighthood with pilgrimage, and was devoted to aiding patients and protecting pilgrims. The knights of the Teutonic Order vowed to take up the sword against all non-Christians. They created monasteries, built settlements and hospitals, churches, shelters, and schools. The Teutonic Order came to the Ormož area because Friderik Ptujski invitated them. In 1190 he called for help against the Hungarians. The subsequent battle between the Teutonic Knights and the Hungarians occurred on Easter Sunday, so the place was called Velika Nedelja, which literally translated means Holy Sunday in Slovenian. Today, the Teutonic Order is still the owner of the castle.
Exhibitions 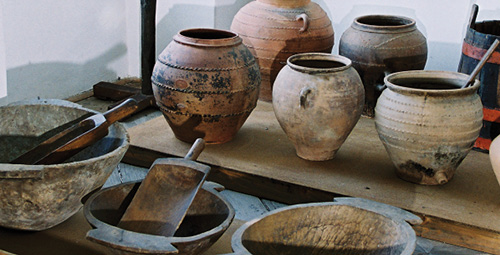 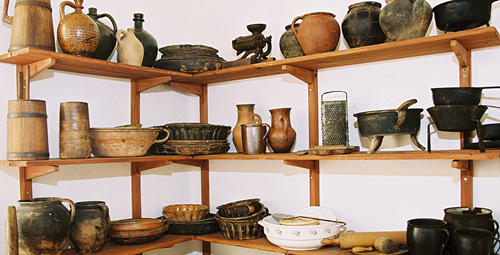 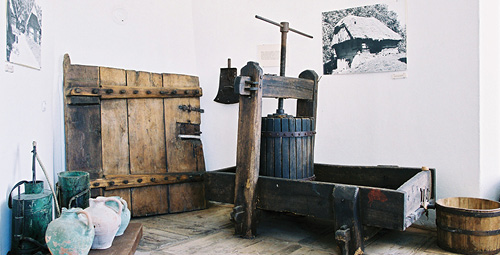 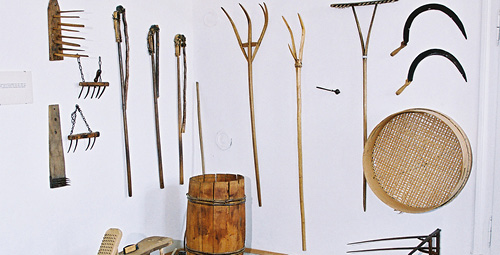 Exhibitions in Velika Nedelja Castle:
More information about the exhibitions can be found here.